“The extradition of Julian Assange to the US for exposing evidence of atrocities in Iraq and Afghanistan should be opposed by the British government.”

Corbyn demands Assange is not extradited to the US

Joe Mellor
Jeremy Corbyn has defended Julian Assange and has demanded that America’s request for him to be extradited is denied.

Corbyn said that Assange had been the target of the USA because he was “exposing evidence of atrocities in Iraq and Afghanistan”.

His comments, in a tweet on Thursday night, came hours after Assange was found guilty at Westminster Magistrates Court of breaching bail conditions. 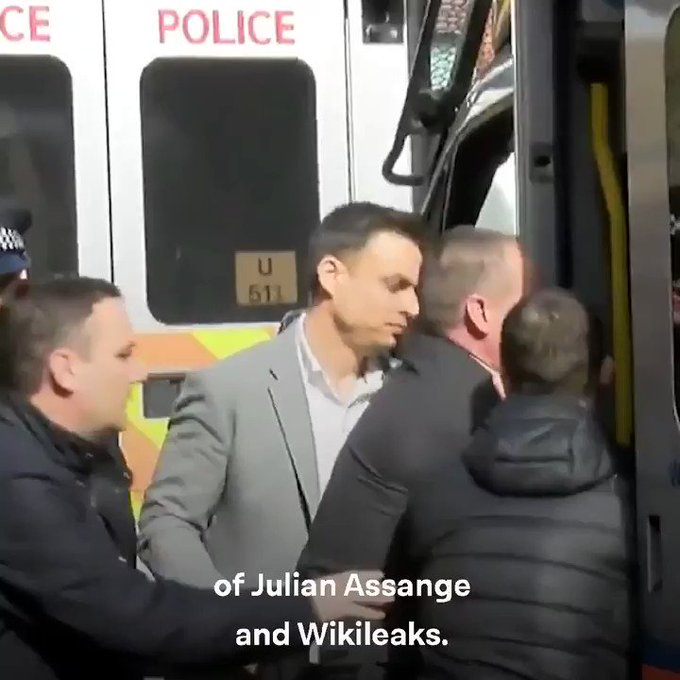 “Julian Assange is not being pursued to protect US national security, he is being pursued because he has exposed wrongdoing by US administrations and their military forces,” she said.

“Julian Assange is at risk of extradition to the US precisely because, on this side of the House we believe, he disclosed material which is the utmost public interest.”

Responding, Home Secretary Sajid Javid said: “I think the whole country will be pretty astounded by the tone she has taken…

“She started talking about the reason for Mr Assange’s arrest and tried to come up with all sorts of justification herself which have nothing to do with the reason.”

Yesterday when the UK government confirmed an extradition request by the US – so long as there are assurances that Julian Assange won’t face the death penalty, the WIkileaks’ co-founder’s confidante Pamela Anderson branded Britain “America’s bitch.”

Head of News & Social Media at The London Economic

The above typically excellent article is from The London Economic.

Disclaimer: UKReloaded.com contains copyrighted material the use of which has not always been specifically authorized by the copyright owner. We are making such material available to our readers under the provisions of “fair use” in an effort to advance a better understanding of political, health, economic and social issues. The material on this site is distributed without profit to those who have expressed a prior interest in receiving it for research and educational purposes. If you wish to use copyrighted material for purposes other than “fair use” you must request permission from the copyright owner.

Assange having a field day. Elite having kittens.

Assange: hell hath no fury like a superpower scorned