We received this message from the President of the Citizens Commission on Human Rights today and decided it was important enough and CCHR’s battle against psychiatry important enough to reproduce it in full here.

In our view the control cult of psychiatry is a key and insidious component of the War on Humanity and words cannot express our appreciation for the human rights warriors of CCHR and their allies whose heroic efforts are inexorably turning the psychiatric attack into a rout of the Enemies of Man.

If you are not yet aware of CCHR’s battle and the extent of the evil visited upon humanity by psychiatry in the guise of “Mental Health” then please pay CCHR a visit by clicking the links at the foot of the following article. 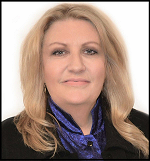 Message From The President CCHR Int

We’ve heard a lot recently about Mental Health. The Olympics have brought to light the stresses of competition, grueling routines and being under constant public pressure and expectations to win—and carping criticism from spectators if the athlete fails to meet those expectations. It stands to reason that having a solid mental health outlook is a vital part of such challenges. And that it can falter.

I applaud all the athletes for not just their dedication and courage but also their service to sport and their respective countries.

While CCHR exposes psychiatric abuse, ultimately, this is so that people can achieve true mental health—a positive outlook both emotionally and in thoughts and actions that enables a better life, not hampered by physically damaging “treatments.”

“Mental health,” as viewed in the psychiatric industry is seen as mental “illness:” using descriptive names based on biased observation to redefine not doing well mentally as a physical disease—with not a single medical test to confirm this. This often leads to the use of physically damaging treatments, but no cures. It is important to differentiate between psychiatry’s definition of “mental disorder” and what is mental health, and not confuse the two.

Rest assured, psychiatrists and psychologists will abuse the current mental health awareness to slip in the need for biochemical “solutions.” Like a Johns Hopkins university psychologist who claims a “really well-structured psychedelic” drug session is “equal to several years of ordinary psychotherapy.”

CCHR has always warned that psychiatry’s power rests on force and that true informed consent does not exist in the mental health system when it fails to inform those needing help that a mental disorder diagnosis is not based on scientific tests and that drugs and electroshock given in the absence of “fully” informed consent constitutes “torture or cruel, inhuman or degrading treatment.”

Recent United Nations and World Health Organization (WHO) reports agree—vindicating what CCHR has been fighting for for over 50 years!

It is important for people to know the differences between mental health and psychiatric “disease,” and to be informed of the failures of this profession in ensuring mental health is achieved as opposed to creating mental ill-health. I recently finished writing a 40-page report that CCHR Int is producing right now that is a massive resource on psychiatry’s failures based, almost entirely, on their own studies and expert reports, including from international health or human rights agencies.

As a major resource with some fifty references, it answers questions about why is psychiatry so controversial? Why do critics think psychiatry creates unhappiness, rather than curing it? How is it that psychiatric treatment causes harm? Why is that other doctors don’t think psychiatrists are “real doctors”? Why are psychiatrists their own worst enemies, while blaming their failures on both their patients and an “anti-psychiatry” movement that they, in fact, started?

Your support in helping us to complete this latest eye-opening resource would mean a great deal. This is being done while simultaneously continuing to expose through media and other avenues psychiatrists desperately resorting to old “therapies” (psychedelics) and other new “brain-interventions” in an attempt to keep their failing industry alive. Your help, as always, is an integral part of our success in raising awareness and being able to deliver the facts. Please donate to support the cause, click the button below.

We are currently upgrading our donation page, if you run into any issues donating you can go here.

FIND OUT LOTS MORE AT    CCHR International and CCHR UK

The War on Humanity: news from the psychiatric front

Psychiatry is a mental disorder