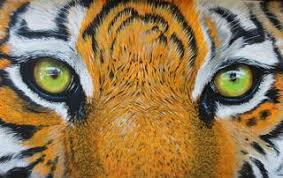 The problem with the government’s Covid Terror psyop against the people is that the alleged science behind it is for the most part barely comprehensible to the likes of thee and me.

This of course is desirable when you are running a scam that you wish to appear “sciency” because it is very hard for the average citizen to penetrate the gobbledygook and arrive at a confident understanding.

The last thing the (hah!) “Very Best People”, the Nobs and Toffs and their front men, running the crime syndicate known as “the government” is citizens who understand things well enough to spot when the Prime Muppet or his henchmen are spinning a yarn.

And for sure we are up to our necks in bullshit and there are a very large number of brains that are totally baffled. How else do you get millions of people to submit to being guinea pigs in the as yet thoroughly incomplete trials of an experimental pseudo-vaccine with more adverse reactions attributed to it than all other vaxes combined – or worse, donate their children – in order to protect them from a bug that was no threat to the vast majority of them in the first place?

A heck of a lot of baffling was needed to pull it off.

Therefore, it is refreshing to find a video whose makers have taken the trouble to explain a scientific issue for the layman.

And the briefing here is fascinating. At the very least it should stimulate – had we been blessed with an honest government that is remotely interested in working in the interests of all the people by getting at the truth – an investigation into the whole issue of viruses.

It is fascinating that a year ago I for one never questioned the validity of the notion that there were viruses that made people sick. It was one of those “everybody knows” that nobody questions. It was one of those “the science is settled” things. I’ve only recently learned to be very very wary whenever someone tries to run that “the science is beyond question” crap on us.

Not so long ago everybody thoroughly knew the world was flat. The science was so settled that those who questioned it were reviled, called heretics (nowadays it’s “conspiracy theorists”) or strung up or some such thing.

The pandemic hoax perpetrated by the globalist front group masquerading as our government has well and truly backfired because now more people are questioning the Orthodoxy than ever before and for good reason. Trust in government, the media and the pharmaceutical oligarchy are at an all-time low, which  tends to happen when you lie to people and/or kill them.

It appears a lot of people are in the same boat as I am, having gone from believing it all at the beginning, to noticing one lie from the government after another until I questioned what the hell they are playing at, to questioning this ‘everybody knows” about viruses and wondering whether there’s a flat Earth thing here that is about to be blown out of the water as we enter a true scientific revolution.

And the Vaccine Orthodoxy that people get ruined for daring to question may be about to go the way of all Orthodoxies that go up in smoke like vampires when someone shines some daylight on them.

Anyway, check out this informative, educational video presented by a very nice young lady and see what you think.

And just maybe arm yourself with knowledge that might protect you the next time someone flings bullshit in your general direction.

UK RELOADED THE LIBERTYBEACON WE FIGHT BACK LIBERTY RISING

Are British Intelligence and Psyops wallahs driving the government narrative?

How much!!?? Government spends 1.6 billion on psychological warfare as the War on Democracy grinds on