If the corporate media is to regain any of its obliterated credibility we suggest that it avoid publishing puerile tripe like the CBS item featured here, which sought to.o shift the blame from the neanderthal dimwits in government onto the much slagged-off climate and leave the satire to the Babylon Bee and the Daily Scare.

While CBS’s journalistic drivel somehow escaped the attention of the legion of Fact  Checkers who were reportedly too preoccupied with keeping the Covid debate free of facts to pay it much attention, it does however provide a stark verification of the datum known by sensible people the world over, to wit:

If the corporate media are saying it, it isn’t true.

So thanks for that CBS, keep up the dreadful work.

And here is Russia Today’s critique of, well, journalistic garbage.

CBS has been accused of spinning fanciful, Greta Thunberg-inspired yarns about the disastrous outcome of the nearly 20-year war in Afghanistan, after claiming that the Taliban received outside support from climate change.

The American news outlet published an exclusive report on Friday that endeavored to shine a light on what may have caused the trillion-dollar debacle in Afghanistan, ending with the complete collapse of the Afghan National Army on August 15 just weeks after US-led coalition forces accelerated their exit from the country.

Authoritatively titled, ‘How climate change helped strengthen the Taliban,’ the CBS investigation discovered that the Taliban benefited immensely from the covert support of a formidable global power: Earth’s climate.

“The past three decades have brought floods and drought that have destroyed crops and left people hungry. And the Taliban – likely without knowing climate change was the cause – has taken advantage of that pain,” the outlet reported.

CBS cited a report authored by Germanwatch, an environmental policy NGO that seeks “global equity,” claiming that Afghanistan is sixth in the world for countries most affected by climate change.

The organization’s 2021 Global Climate Risk Index points to “several floods and landslides” that occurred in 2019, as well as “severe droughts” in 2018, as evidence that Afghanistan has been ravaged by “climate-related extreme weather events.”

Apparently “famous” for its “pomegranates, pine nuts [and] raisins,” Afghanistan has purportedly become less hospitable to farming due to extreme weather, CBS said. With agriculture accounting for a significant portion of the country’s GDP, the Taliban was able to exploit climate change’s destabilizing effects on Afghanistan’s economic and social wellbeing.

At the very end of the article, CBS mentions Afghanistan’s slightly more well-known staple: opium poppies. According to the outlet, during the 20-year war, the Taliban “controlled the uber-lucrative poppy trade in Afghanistan,” raking in “billions” from the illicit drug trade. The piece mysteriously omits that under Taliban rule, poppy cultivation in Afghanistan had been almost completely eradicated by May 2000. The country reclaimed its title as the world’s leading supplier of opium poppies following the US-led invasion in October 2001.

The Afghanistan War post-mortem basically caused the internet to have a stroke. The analysis was reviled as “rock bottom” for US journalism, while others demanded that CBS make immediate changes to its personnel.

“So the chaotic withdrawal has highlighted the true cause of the US failure, not incompetence but climate change. We must urgently defeat the real enemy, climate change before it spawns more powerful infidels,” joked one unimpressed Twitter observer. 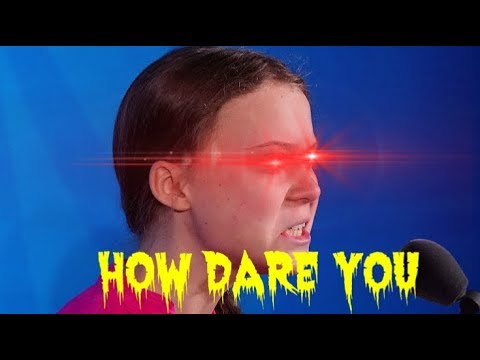 Even those who argued that the basic premise of the article “made sense” nonetheless conceded that CBS was guilty of “ridiculous” overreach.

The article comes at a time when many media outlets have struggled to explain the Taliban’s sudden and seemingly abrupt triumph after two decades of fighting. US President Joe Biden has insisted his country’s military did all it could for Afghanistan but that it was time to leave. The US military, which is leading a frantic evacuation effort from Kabul’s international airport, is expected to fully exit the country by the end of the month. In a speech pushing back against critics of the withdrawal, Biden blamed Afghanistan’s leaders and military for failing to stand up to the Taliban.

We say, some say

Disinformed consent: not only not safe but not effective either