Amazon Burning? – well maybe not so much.

Statistics indicate this is an average year for wildfires, so why the above-average hysteria?

One of many misattributed photos doing the rounds. This is from another fire entirely.

Today on Twitter OffG stepped into the current panic-inferno and thick forest of screaming hashtags that is the “Amazon Forest Fire Crisis.” The results were thought-provoking.

The mainstream media message is very simple. There are “record” numbers of forest fires currently in the Amazon basin. It’s mostly Bolsonaro’s fault. The G7 – soon to be assembling – needs to act. (Business Insider and The Guardian are also both very keen we send money to some rainforest charities)

Now, I’m not a fan of Bolsonaro personally, and that goes for all of us at OffG. I’m equally very supportive of preserving the rain forests and wild spaces of the earth. So, the broad sweep of the message is something I’m inclined to be sympathetic toward.

But something isn’t sitting right. This is the mainstream media in full and united chorus, flooding the news space with this one single message. This means there’s a fairly major agenda, and it’s unlikely to be saving the Amazon for all the little future babies.

So, we thought we’d take a deeper look and tweeted this:

How unusual/unnatural are these fires? What percentage burns naturally every year? Be nice to have data rather than hysteria. https://twitter.com/reuters/status/1164832149268074496 …

Thousands of wildfires are decimating the Amazon, threatening the very existence of the world’s largest rainforest and a bulwark against climate change. More here: https://reut.rs/31WCwQB 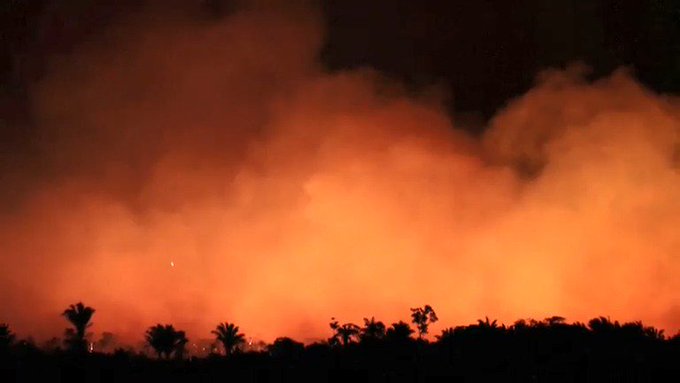 See OffGuardian’s other Tweets
Three people immediately unfollowed us. A couple of others responded. Here’s one:

“Hysteria?” You are being irresponsible and lazy. “Fires in the Amazon have surged 83% so far this year compared with the same period a year earlier, environmentalists blamed the sharp rise on farmers setting the forest alight to clear land for pasture” http://marker.to/IRxrSt

See Representative Press’s other Tweets
We replied to RP with the following:

Yes, hysteria. What’s the annual variation? How do these fires compare with a 10 year average? A 50 year average? Asking for data is NEVER irresondible. Demonising it as ‘lazy’ may well be however. Please note we aren’t claiming this isn’t a problem, just asking for context

RP’s hostility only increased, and they retweeted the same basic claim again, apparently in the belief it was new and revelatory and an answer to our questions:

Representative Press@RepPress
Replying to @OffGuardian0 and 6 others

Are you incapable of doing research and of applying basic logic? You think the sharp rise in farmers setting fires is “made up?” I found this info in seconds: http://marker.to/7NtmA3

See Representative Press’s other Tweets
In fairness, we also got some positive response, most notably from the always rational Robin Monotti Graziadei. We recommend taking time to read the whole thread.

Recent burning of boreal forests exceeds fire regime limits of the past 10,000 years

Wildfire activity in boreal forests is anticipated to increase dramatically, with far-reaching ecological and socioeconomic consequences. Paleorecords are indispensible for elucidating boreal fire…

See Robin Monotti Graziadei’s other Tweets
Someone else then sent us a link to this article at Science20.com

In this article you can find a quote from the Earth Observatory , which up until August 22 read as follows:

As of August 16, 2019, satellite observations indicated that total fire activity in the Amazon basin was slightly below average in comparison to the past 15 years. Though activity has been above average in Amazonas and to a lesser extent in Rondônia, it has been below average in Mato Grosso and Pará, according to the Global Fire Emissions Database”

(SIDEBAR: this text was changed on Aug 22 and now reads, significantly “As of August 16, 2019, an analysis of NASA satellite data indicated that total fire activity across the Amazon basin this year has been close to the average in comparison to the past 15 years.”, although the data on which this conclusion is based has not apparently changed. You can check the archived version for proof of the edit.)

On the same site (science20.com) you can also find this graph of “cumulative monthly fire data” for the Amazon basin (the original is at from GlobalFireData.org):

This clearly indicates that the current amount of burning in the Amazon basin in 2019 (the green line) is, as NASA originally said,somewhat below the average, and well below the previous extremes for the region.

This will be why, when you look close, the media articles are artfully talking about the number of fires, rather than the area of burning. There may well be more fires (or maybe that’s just been made up like so much else), but that’s a statistic without meaning if the total area covered is actually less than a fifteen-year average.

Now, we’re not about to take NASA as a final authority on this any more than any other single source. But given the amount of emphasis being put by the screaming media on how “unprecedented” the current burning is, and how deceptive this might turn out to be, it seemed important to us that this data was at least discussed. So we tweeted a ref to it.

Given the fact NASA has said the current total burning in the Amazon basin is slightly BELOW a 15 year average, we need to ask what the current media hysteria is aimed at achieving. https://twitter.com/Reuters/status/1164832149268074496 …

Thousands of wildfires are decimating the Amazon, threatening the very existence of the world’s largest rainforest and a bulwark against climate change. More here: https://reut.rs/31WCwQB

44 people are talking about this
This was one response:

you can breath stats if you wish, I prefer oxygen!
Most stats are manipulated or self serving anyway!https://www.sciencealert.com/the-amazon-is-burning-at-a-record-rate-and-parts-were-intentionally-set-alight …

The Amazon Is Burning at a Record Rate, And The Devastation Can Be Seen From Space

Some of the fires were probably lit deliberately.

Here is another. Visit our timeline for more.

See Roy Underwood’s other Tweets
It turns out the messy truth behind the blaring headlines is – yes, the Amazon is burning but not as much as in many recent times, and while Bolsonaro is not a nice man accusing him of burning the world down is probably a bit premature.

To be fair a few people shared or retweeted this information. But they were very few. Most simply ignored it, intent, like Greenwald and Media Lens, Naomi Klein et al in joining chorus with the shrieking mainstream doom-sirens.

Replying to @ggreenwald and 4 others

Bolsonaro is simultaneously denying the severity of the Amazon crisis and, worse, recklessly claiming environmental groups started them, because he knows the world recognizes he’s to blame. He can’t escape that responsibility, as @davidmirandario said today in Congress [English]: 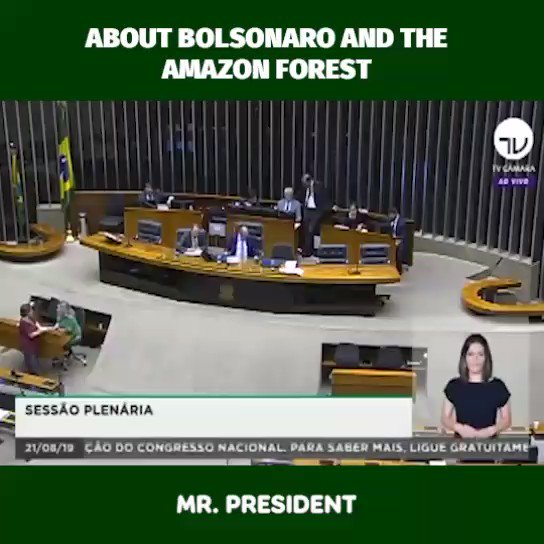 568 people are talking about this

‘The French and German leaders say the record number of fires in Brazil’s Amazon rainforest is an international crisis which must be discussed at this weekend’s G7 summit.’https://www.bbc.com/news/world-latin-america-49443389 …

The French and German leaders want the issue debated at the G7 summit, but Brazil’s leader is angry.

18 people are talking about this

The world is on fire and in country after country the arsonists are ascending to the highest office. This is utter madness. We need a global #GreenNewDeal. We all need to ask ourselves: who do we trust to lead that and how will we help them? https://twitter.com/Reuters/status/1164603139061952514 …

Brazilian President Jair Bolsonaro, without citing any evidence, accused non-governmental organizations of burning down the Amazon rainforest to bring shame to his government after he cut their funding. More here: https://reut.rs/2zgHxXW 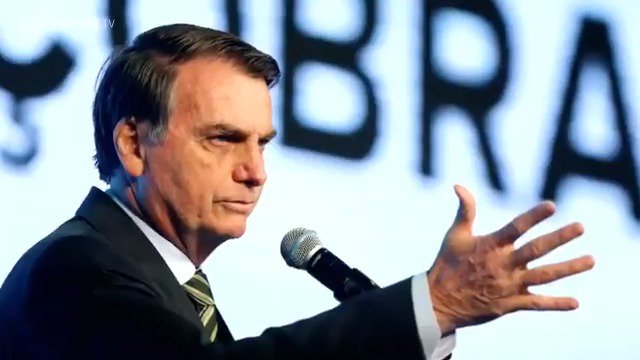 2,192 people are talking about this
Make a note of that #GreenNewDeal hashtag. We’ll be seeing a lot of that in the next week or so.

Before the inevitable “oh so you don’t care if all the possums DIE” type comments BTL, let’s make it ultra-clear, this isn’t about disparaging environmentalism or claiming it’s fine for the Amazon to burn (though actually it is, up to a point, and is an important part of the forest’s life cycle).

It’s about the fact so many of us – even many who think of themselves as sophisticated analysts – are still as much in the grip of authoritarian story-telling as our ancestors were when they heard tales of heaven and hell and believed them.

Thank goodness for a few lone voices of sanity, like Robin again:

NASA actually said ‘TOTAL fire activity’ in the Amazon basin is BELOW a 15 year average. Which presumably means the regional variants all add up to a negative. Make of that what you will. The mainstream media are choosing to ignore it for their own reasons.

16 people are talking about this
Hmmm…is that Green New Deal the reason why this apparently fairly average year of burning has been morphed by the power of lies into the latest doomsday meme? Why exactly would so many corporate news outlets be so keen to sell us that?

Oh who cares, right? It’s hard. Memes are easy. Did you know Amazon produces 20% of our Oxygen? No, because it doesn’t. But that’s not stopping everyone repeating it.

A few cyberwarfare-generated hashtags, a few (sometimes misattributed) images and there is a mass belief-system unfolding before our eyes. Uncritical, rabid, rancid with fear, demanding solutions.

Just in time for the G7 summit – where I’m sure a Green New Deal “solution” will emerge right on cue, to universal cheers and a few more hashtags handed down to the proles to be spread about in the name of “standing up to the 1%”.